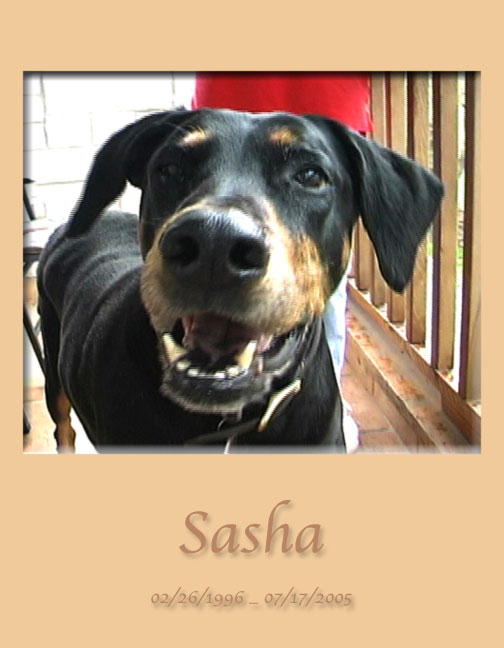 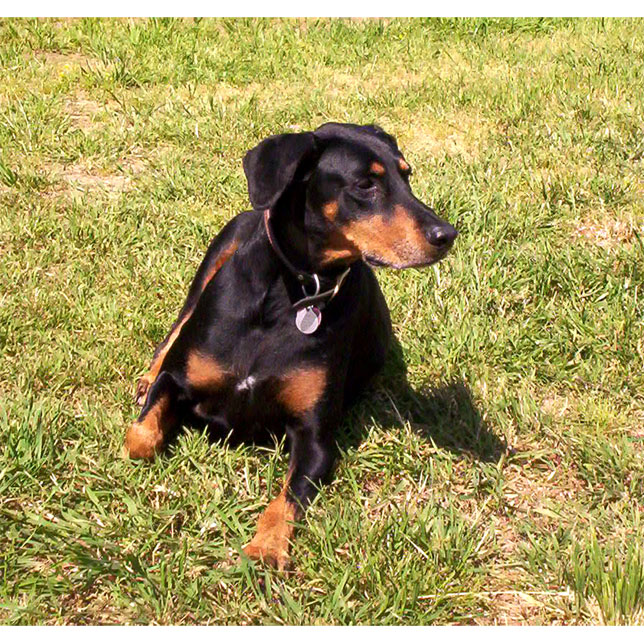 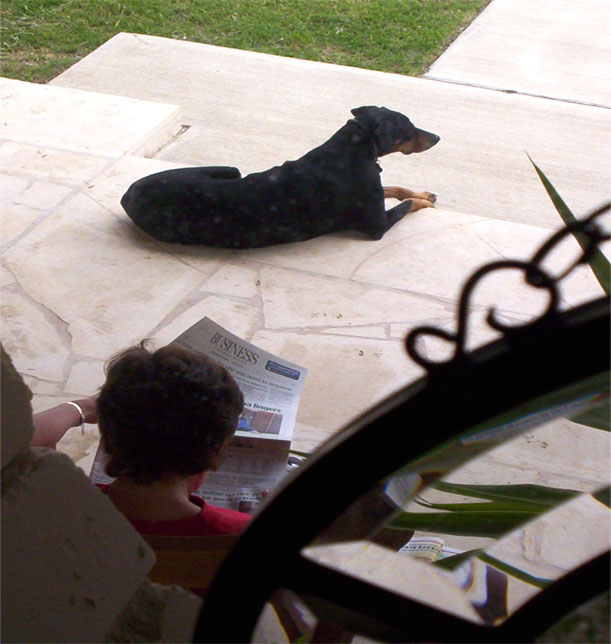 On the Friday evening (July 15, 2005) Sasha rooted an Armadillo from the front garden and chased it into the woods.  She was quite pleased with herself.

She became ill on Sunday morning.  She had no temperature, however she kept wanting to lie in the bushes by the side of the house and Chris felt that she was not going to make it.  One or both of us stayed by her side throughout the day.  In mid afternoon, a small butterfly came and landed on her paw.  She just watched it and it stayed for 5 or 6 minutes which we thought was unusual.   Martin said it was as though Bach had come to take her across the bridge. 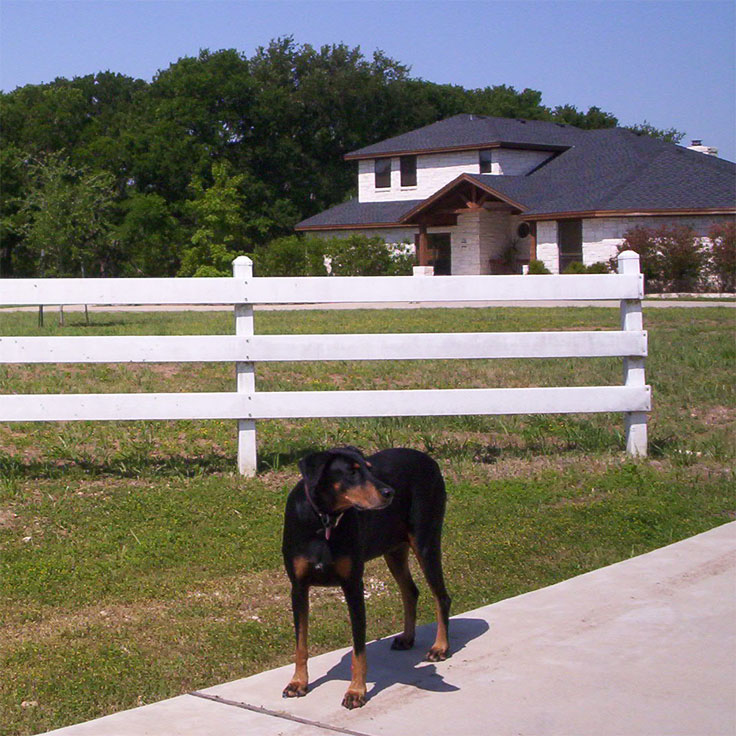 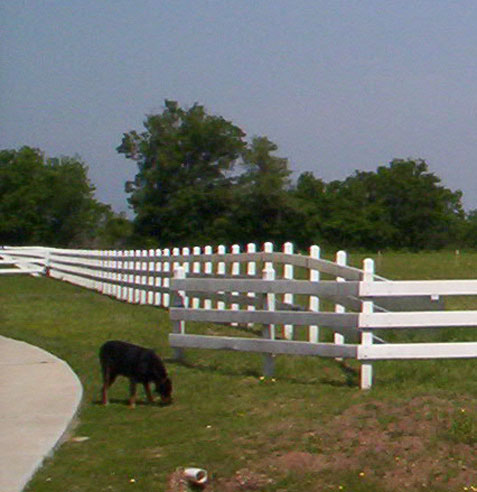 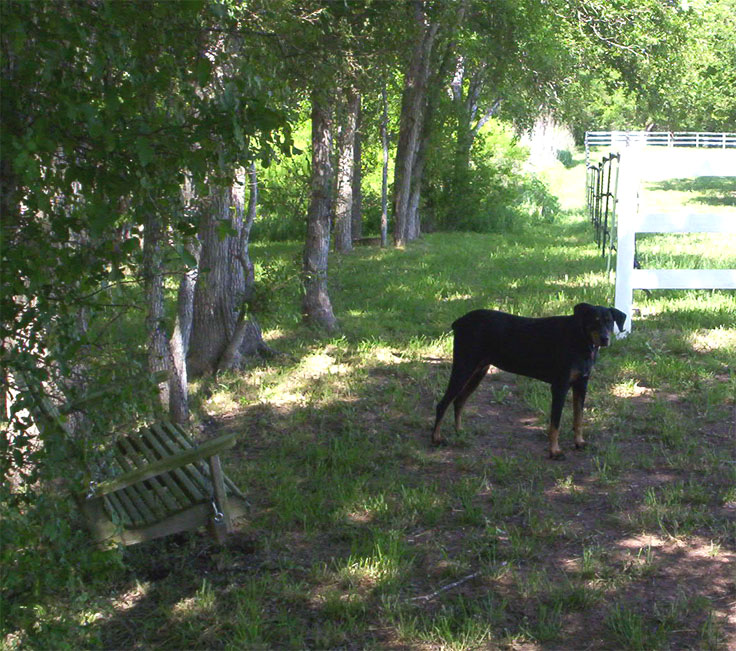 Sasha missed Bach, however, she also loved being the center of attention after he passed away.   Sasha was independent and protective of Chris & I.  She surprised us when she took totally to Chris' sister Sheila from England.  Sasha had never taken to anyone except us previous to that.  She brought so much joy to us.  We recently found out that she liked tomatoes and would actually prefer a couple of pieces of them to other offerings. She kept a close eye on the cats next door and loved to go with Chris as she took care of Dancer and other stable guests. 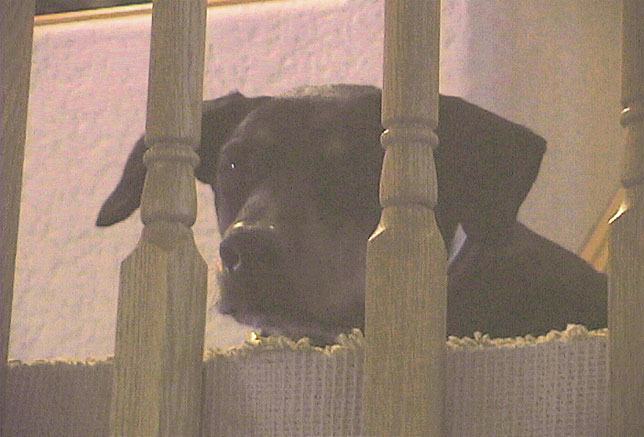 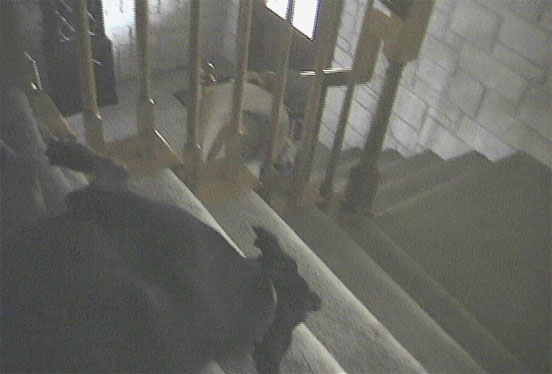 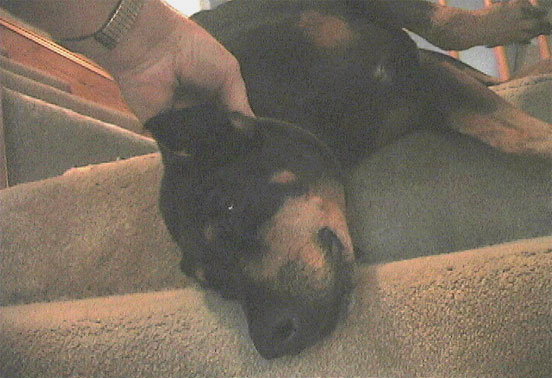 Sasha took command of the stairway landing in the house (at least when she wasn't lying with her head down a stair).  She could see the front, side and back from her perch, as well as keep up with Chris downstairs and Martin upstairs.  She would announce deliveries and come and get us when she needed to go out.  She enjoyed the room we built for her and Bach and was quick to go there, if she was cold or too hot.  She wasn't crazy about the TV, but always wanted to be with us when we watched the evening news, or enjoyed a movie.  However, around 8:30 pm, give or take a few minutes, she would get up stretch, and be ready to head off to her room to bed.

Sasha and Bach had developed a stretching request to let us know they wanted to go for a ride.  Sasha wasn't as wild to ride as Bach was, however, she loved making post office and FedEx runs with Martin.  She liked riding in Chris' truck, especially if there was a snack involved.  Evenings will be especially hard for us as Sasha always came and sat by Chris and would be stroked for long periods.  She would then lean over and touch base with Martin as well.   Oh how they become a loving family member.   We will be planting a tree in her memory.  God speed our dear Sasha! 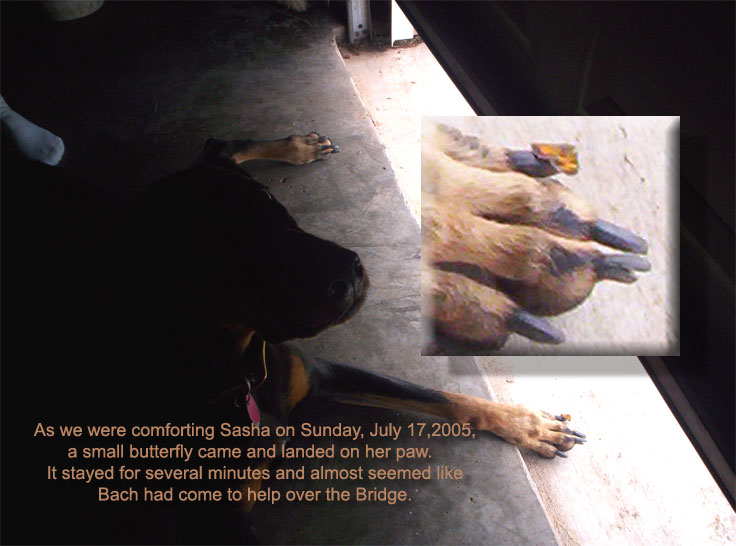 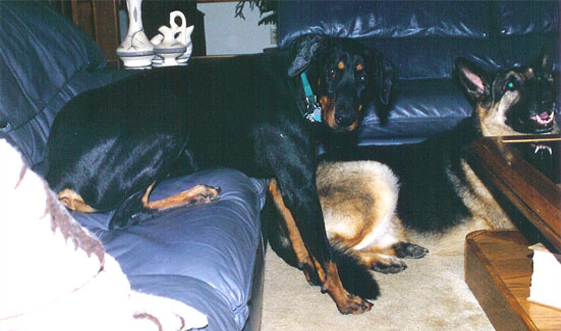 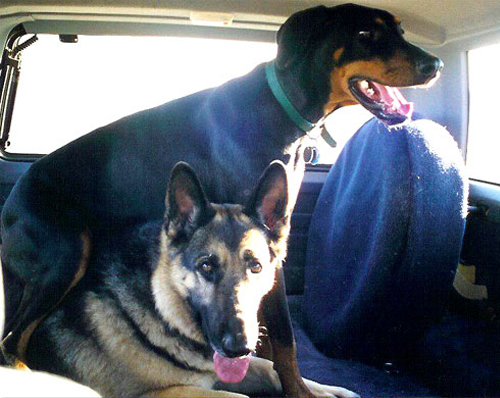 We miss Sasha so much!

Back to C&M Scrapbook Home