Phantom's work with Peter Butcher led us in several very productive music business directions. Peter had extensive international experience and brought many excellent contacts to our joint music efforts. In the United Kingdom Peter produced a band called the Nightriders (the music you're listening to). See also the remake of Leslie Gore's "It's My Party and I'll Cry If I Want To."

We met Peter through Lenord Clark with New Generation Productions. We joined ewith NGP in an effort to bring together many recording studios to help us identify new and up-coming bands.

The goal was to assist unknown bands in the release of their material internationally. 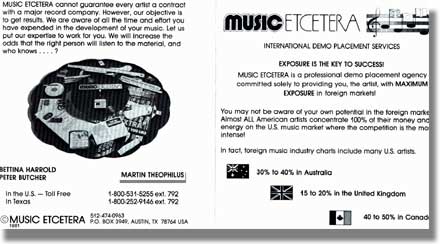 One of the bands we promoted came from Raliegh, NC. The group Verne & Dana, sent several promos and the third try was a success in the Neatherlands. 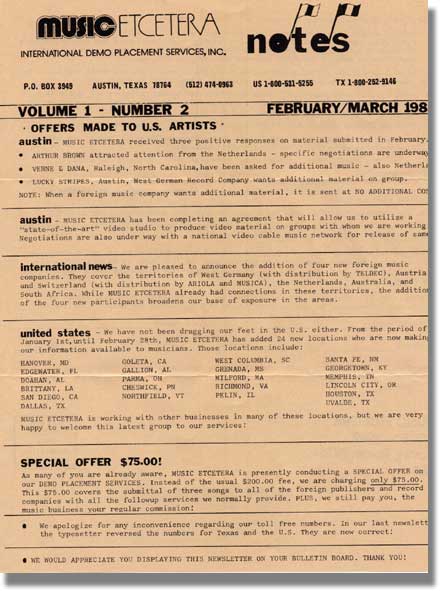